Recent developments in the pharma industry 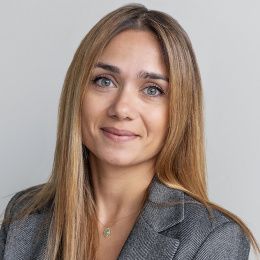 Significant changes in the public health sector were introduced by New Law 4931/2022 issued on 13 May. Amendment of article 116 of Ministerial Decision 32221/2013 brings changes regarding the production and marketing of medicinal products for human use.

ii. Amendment of the procedure related to the submission, management and examination of requests for the reimbursement of medicines administered under an early access scheme.
Under the newly introduced provision, requests related to medicines under an early access scheme, which are not administered free of charge by the Marketing Authorisation Holder (MAH) or its local representative and for which an individual approval for early access by EOF is requested, are for-warded directly by the administrator of the National Organisation for Healthcare Services (“EOPYY”, as per its Greek acronym) Electronic Preapproval System to EOF and the latter is required to respond electronically within five (5) days as to the medicine’s marketing authorisation, its on or off label prescription as well as the existence of any related program providing for administration free of charge of the medicine at hand. It should be noted that, in case the aforementioned information requested by EOF is not confirmed by the same, the request at hand may not be further processed and the treating physician is respectively informed through the system.
Thereafter, the request along with EOF’s information notice as to the foregoing, are forwarded to three (3) randomly selected physicians specialised in the particular disease and the latter are requested to opine as to the approval or rejection of the request, taking into account the therapeutic protocol, and communicate their opinion to EOPYY.

iii. Abolishment of the clawback sharing parameter related to the comparison of the market share of each medicine with its share of the previous year (the “growth rate” parameter).
On the basis of Article 16 of the Law which amends Article 11 of Greek Law 4052/2012, each product’s growth rate, which was previously taken into account for calculating clawback burdening each MAH or pharmaceutical company, is abolished given that said criterion is balanced by a number of new provisions entered into force by virtue of the Law and in particular (i) the additional discount up to three percent (3%) on the exfactory price, (ii) the new compulsory five percent (5%) discount imposed on High Cost Medicines (“FYK” as per their Greek acronym), and (iii) the new closed budget for FYK, as analysed hereunder in paragraphs v, vi and vii respectively.

iv. Possibility of offsetting the cost of flu vaccines which were not disposed or placed on the Greek market and were returned with the clawback amount for the year 2021.
More specifically, for the year 2021, the cost of flu vaccines that each MAH or pharmaceutical company did not dispose but which were returned, in the absence of demand, may be offset, in whole or in part, with the amount that each MAH or pharmaceutical company is burdened as a result of the implementation of the clawback mechanism. The set-off is carried out at the request of the MAH or the pharmaceutical company concerned.

vi. Possibility of imposing additional rebate on FYK.
As of 01.01.2022, an additional rebate up to three percent (3%) on the ex-factory price may be imposed to MAHs or pharmaceutical companies for FYK, for medicines that are classified into a cluster of a specific therapeutic category of the Positive List as well as for medicines that are classified in the highest, in terms of expenditure therapeutic categories (cluster ATC4, referring to medicines that have an annual budget exceeding the amount of Euro 20 million). From the foregoing additional rebate are excluded medicines which are subject to a special agreement concluded between the MAH and the Negotiation Committee as well as medicines having a daily treatment cost not exceeding the amount of Euro 0.20, as analysed hereinabove in paragraph v.

vii. New rebate polynomial algorithm is entered into force
for the calculation of the amount that each MAH or pharmaceutical company is required to pay per quarter, equal to the percentage of the total sales of the preceded quarter of all packages, dosages and forms of the respective medicinal product.

The new algorithm, which introduces an additional compulsory rebate amounting to five percent (5%) applicable to all medicines that do not have equivalent generics, regardless of their reimbursement price and which have retail price higher than Euro ten (€10), aims at reducing the pharmaceutical expenditure and save resources, since the provision refers to unique and expensive medicines to which the vast majority of EOPYY’s expenditure is attributed.

viii. Rationalisation of clawback on hospital pharmaceutical expenditure.
As of 01.01.2022, a maximum clawback rate that may be imposed to MAHs and pharmaceutical companies, which supply medicines to NHS hospitals as well as to “Papageorgiou General Hospital of Thessaloniki” is determined, which depends on the supply value of said medicines. Moreover, under the same provision, it is foreseen that any excessive amount of clawback that would correspond to the above categories of medicines, if the foregoing maximum rate had not been set, shall be proportionally sought from the rest of MAHs and pharmaceutical companies.

2. Amendment of article 116 of Ministerial Decision 32221/2013 on the production and marketing of medicinal products for human use.

By virtue of Joint Ministerial Decision 22609/2022, only generally available medicines (known in the Greek market under the acronym “GEDIFA”), constituting a subcategory of OTCs, can be sold to the public via online pharmacy stores that have been certified in this regard by the Panhellenic Pharmaceutical Association. Said provision, which abolishes the possibility of online sale of all OTCs that was in place until recently, aims at safeguarding the economic survival of small and medium-sized pharmacies, which was threatened under the foregoing regime, due to lack of means and resources of the foregoing categories of pharmacies to maintain online stores for the sale, inter alia, of OTCs and thus, be competitive.

Adoption of The Digital Services Act and the Digital Ma...