Adoption of The Digital Services Act and the Digital Markets Act by the European Parliament: New Rules for Tech Companies and Digital Platforms 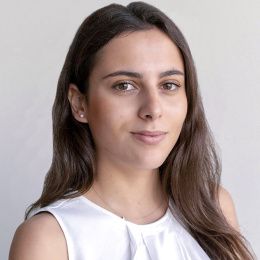 On 05.07.2022, two legislative instruments of the new Digital Services Package, namely the Digital Services Act (“DSA”) and the Digital Markets Act (“DMA”), were adopted by the European Parliament. The new Regulations are going to have a great impact on the tech industry by setting clear standards for how tech companies operate and provide services in the European Union.

I. The Digital Services Act (“DSA”)

In an effort to minimise the risks of spread of illegal content and online disinformation, the Digital Services Act (DSA) sets clear obligations for digital service providers, such as social media platforms or marketplaces.

For the purposes of the Act, online platforms are defined as the providers of hosting services which, at the request of users, store and disseminate to the public information, unless such activities are minor and purely ancillary of another service and, for objective and technical reasons cannot be used without that other service.

The measures adopted by virtue of the DSA include indicatively:

The Digital Markets Act (DMA) sets obligations for very large online platforms acting as “gatekeepers”. The “gatekeeper” designation is reserved for those platforms that provide a “core platform service” serving as an important gateway between businesses and consumers, have a significant impact on the internal market, and hold (or are expected to hold in the near future) an “entrenched and durable position” in the market(s) in which they operate.

The DMA’s purported main objective is to maintain a fair, non-discriminatory, transparent and competitive online environment. To that end, platforms falling within the notion of “gatekeepers” are subject to a list of “do’s” and “don’ts”, which includes indicatively the following:

In case of non-compliance with the DMA’s measures and obligations, significant sanctions are imposed by the European Commission. In particular, the Commission can impose fines of up to 10% of the gatekeeper’s total worldwide turnover in the preceding financial year, or up to 20% in case of repeated non-compliance.

Once formally adopted by the European Council in July (DMA) and September (DSA), both acts will be published in the EU Official Journal and will enter into force twenty days after such publication.

Upon such adoption by the European Council, the DSA will be directly applicable across the EU within fifteen months from its adoption or from the 1st of January 2024 (whichever comes later) after the entry into force. Specifically with regard to the measures adopted for very large online platforms and search engines, the DSA will apply four months after their designation as such.

The DMA will be applicable six months following its entry into force. Following the designation decision by the European Commission, the gatekeepers will have a maximum of six months to comply with the new obligations

Regulation of accessibility to the Central UBO Registry...

Recently issued Ministerial Decision No. 125209/2022 regulates matters of access to the Central Registry of Benefic...

Changes in the Greek Civil Code regarding the sale of g...